We strive to reach the tamil community with the following activities.

Join us on Facebook to view the photo albums. Click the  link to become a member of the group. 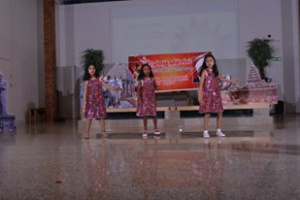 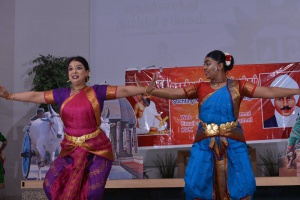 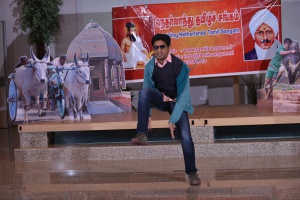 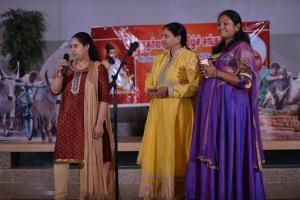 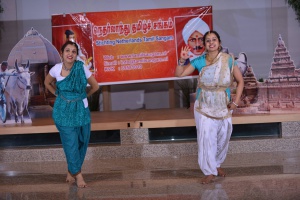 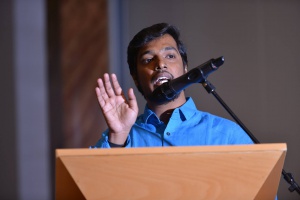 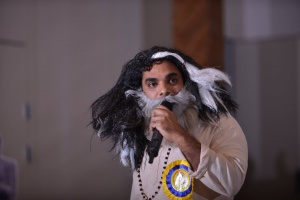 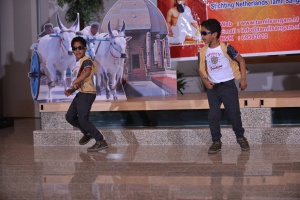 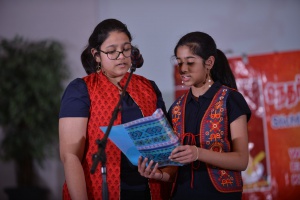 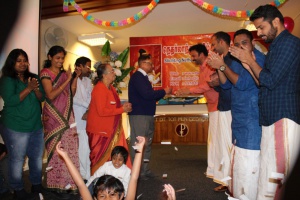 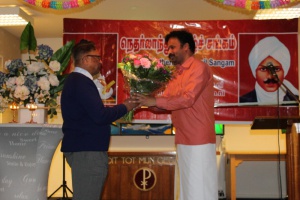 We have begun our first cultural activity centre in Den Haag and we are opening shortly in other possible locations.

Tamil arts include Bharatanatyam dance, still performed in temples, south Indian classical music, which is very complex and has its origins in the Middle Ages. The karagam is the most common folk dance in Tamil Nadu. Dedicated to Mariamman, the goddess of health and rain, it is performed by men with pots of uncooked rice balanced on their heads and surrounded by a tall conical bamboo frame covered with flowers. The dance is accompanied by music from a drum and long pipe.

Tamil women perform three closely related dances, which are commonly performed during festivals. The simplest is the Kummi which features dancers gathered in a circle, clapping their hands as they dance. The Kolayyam is similar expect the dancers strike small wooden sticks against each other instead of clapping their hands.

Tamil temples feature large soaring towers above gateways. Large temples have tanks, housand-pillared halls of stone, passages for circumambulating images of deities and a multitude of sculpted images and figures, all made in accordance with ancient rule books.

Movie stars have traditionally been held in high esteem in Tamil Nadu. Many of its leader have been actors or actress (See Politics, Film). Village entertainment include all-night musical narrations of the Tamil verison of the Ramayana by itinerant drama troupes. Traveling transvestite dancers, fortunetellers and magician entertainers also travel from village to village. Tamil has a great literary tradition but little of it has been translated. One famous verse from the ancient Tamil poet Tiruvalluvar. goes: “With a good wife, what is lacking?/ Lacking that wife, what is good?

Vegetarianism is widely practiced among many people. Tamil food has been described as “very wet vegetables studded with chilies and capsicums, and served with damp poori and two mounds of glutinous rice.” Tamils eat with their hands.

Many Tamils brush their teeth with a stick of acacia, a neem, a bitter tasting toothbrush which they chew and spit for a half an hour or more. Paul Theroux wrote in the Great Railway Bazaar, “Watch a Tamil going over his teeth with an eight-inch twig and you begin to wonder if he isn’t trying to yank a branch out of his stomach…The forest of Madhya Pradesh [are] where the best toothbrush twigs are found; they are sold in bundles, bound like cheroots.”

Many men in southern India wear longis (sarongs) and tank-top-style T-shirts. Tamil men favor ones with blue and green checks and twist it above their waist so the hem is above his knees. Women often wear flowers in their hair and wear heavy silk saris with a border of a contrasting colors. Some are decorated with gold thread.

Tamils are known for their fine weaving. The ancient Romans admired their work and imported cloth they produced. Today they have the most successful hand weavers cooperatives in India.

Peasant women in Tamil Nadu adorn the thresholds to their homes with elaborate floor designs, known as kolam, made from chalk, lime, crushed stone, and colored rice flour. Elderly members of the household often draw them every morning under the belief that they will keep evil out of the house and bring prosperity. More than a million homes have them. The custom is centuries old. The designs, also known as alpana, rangoli or rangavalli, are found in other parts of India, particularly the south.

Describing a Tamil Nadu artist at work, Stephen Huyler wrote in Natural History, “Just as she does every morning, she pours water from a small brass pot into her hand and sprinkles it over the dirt beneath her feet, making it firm enough to draw on, Bending straight over at the waist, she takes large handful of rice flour from a little metal bowl and quickly drops it onto the ground, followed by an another and another, all evenly spaced, until she has created a diamond-shaped grid of white dots about five feet high on each side.”

“Then with further pinches of flour, she deftly draws thin white lines between the dots—some straight, some curved—rapidly transforming the packed earth into the petals, leaves, stamens and stem of a lotus blossom. Because it is a special festival day she fills in her picture with colored powders before going inside to awake her family and prepare breakfast…Each drawing is ethereal. As the day begins and family members come out of he house and into the street, they walk over the kolam, smudging the design. Bicycles, scooters, bullock carts, vans and buses all rapidly eradicate the artwork; within an hour all traces of it are gone.”

Most of the designs depict animals or plants but geometric designs are also popular. Each region has its own styles. The Deepavali festival features decorative designs made from grains of rice. The largest kolam in the world was produced in Kuala Lumpur, Malaysia. The 70-x-40.5 meter masterpieces was made over 18 hours by 450 volunteers with 1,800 kilograms of rice.